Matt Hughes 'Loves To Shoot Cats,' No Matter What 'You PETA Idiots' Think

Share All sharing options for: Matt Hughes 'Loves To Shoot Cats,' No Matter What 'You PETA Idiots' Think 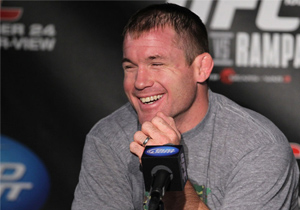 Matt Hughes has over 17,500 followers on Twitter. With that kind of audience, it was only inevitable that the former champion's well-publicized love of hunting would rub some the wrong way.

The confrontation picked last week once Hughes sent out this tweet with an attached photo of he and his brother post-hunt.

@matthughes9x
Matt Hughes Mark and me just got done here in Texas! Yes mine is bigger. http://t.co/B441jCxo
Dec 22 11 via Twitter for BlackBerry®FavoriteRetweetReply

As you could probably guess, the fighter was immediately over-flooded by a slew of anti-hunting vitriol from concerned animal lovers. Always the ultimate troll, Hughes promptly responded with a tweet that read, "me and my brother love to shot cats!" with this photo attached. 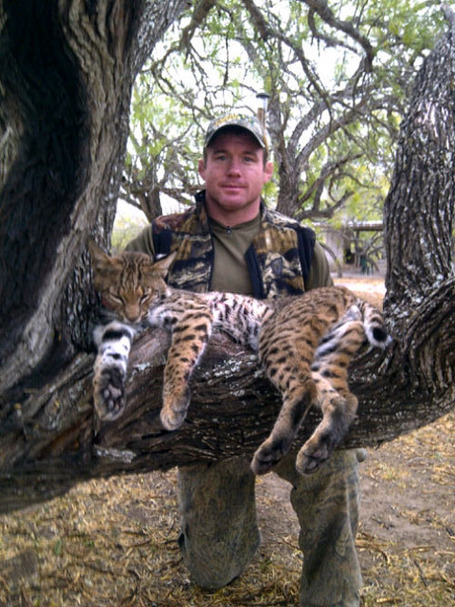 After another week of social media badgering, Hughes seemed to hit his breaking point by Wednesday morning. If you're not a fan of seeing Matt's handiwork run across your Twitter timeline, he has just one thing to say to you.

@matthughes9x
Matt Hughes If you don't like seeing dead animals please stop following me. I'm not even going to try and educate you PETA idiots.
Jan 04 via Twitter for BlackBerry®FavoriteRetweetReply