Dana White: I Scored It Bisping Over Sonnen, Two Rounds To One

Share All sharing options for: Dana White: I Scored It Bisping Over Sonnen, Two Rounds To One 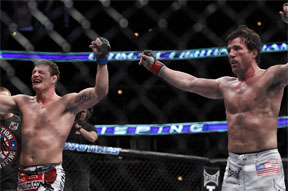 In the aftermath of UFC on Fox 2's neck-and-neck co-main event, Chael Sonnen vs. Michael Bisping, MMA Fighting's Ariel Helwani took the opportunity to ask UFC President Dana White how he scored the action. As always, White was upfront with his opinion.

"Actually, I did score that fight. I had Bisping two rounds to one. I was actually the guy saying before this fight, this isn't a five to one underdog. Bisping wrestled with Rashad (Evans). Bisping wrestled with (Matt) Hamill. There's debate as to who won the Hamill fight, but he was in there with Hamill. Bisping has great wrestling, good stand up and great submissions, too."

White was not alone in his sentiment, as public opinion largely seemed to be split 50-50 down the middle on Saturday night. That being said, it should be noted the fine folks over at CompuStrike sided with the judges on this one, with Sonnen claiming the advantage in every striking facet outside of head shots. 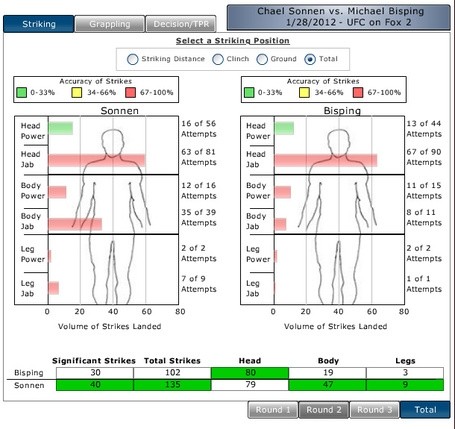