Share All sharing options for: In Defense Of XBox Live's Botched UFC 141 Stream 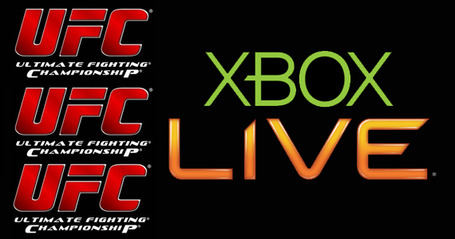 If you thought MMA fans were unforgiving, video game nerds appear to have positively zero tolerance for failure. And when video game nerds are MMA fans, it's off with their heads. When it came to XBox Live's utterly failed attempt at showing UFC 141 through their new service on Friday fight night after a campaign of free pay-per-view giveaways, let's say fools weren't suffered gladly.

And nor should they be. It was the height of launch failure in any business venture, gaming or otherwise. As the gamer website Kotaku notes, Microsoft has humbly issued a hat-in-hand apology with remarkably frank language acknowledging "there is a great deal of room for improvement" for future streams. That's putting it mildly given that they failed so completely there's nothing but room for improvement.

But I generally applaud the effort. UFC offered up potentially 30,000 pay-per-view buys for free. They did this, mind you, in a year where UFC pay-per-views were down 40% from 2010. They also did this for a UFC event on a Friday, a risky move in and of itself. To give 30,000 fans a chance to watch the biggest UFC event of the year for free given the larger considerations of the pay-per-view climate is one hell of a giveaway.

Many, however, disagreed with me on Twitter. They suggested XBox/UFC's generosity in giving away 30,000 potential pay-per-view buys was a naked marketing attempt for XBox Live's service. Both UFC and Microsoft are billion dollar companies simply trying to get you to use a new service and this temporary giveaway, while fun for the moment, should not be applauded, they contended.

I won't argue the effort was an attempt to market the XBox Live service. It's obviously true. And I also won't argue the botched execution from XBox was a terrible advertisement for said service. But that's hardly any sort of reason to dismiss what in actual practice amounts to nothing more than a free giveaway.

Consider the architecture of the offer. The coupon for the service didn't come with obligation to buy anything else, require a credit card for repeatable charges, a small one-time tax, or issue any other recurring commitment. It was a one-for-one trade: here's a coupon, watch this fight for free and we hope you like it enough to come back again. This was a no-obligation giveaway that was as much about raising awareness as anything else.

Here's another important fact: you don't have to pay any money to watch UFC pay-per-views on XBox Live except the cost of the pay-per-view itself. A free, 'silver' XBox Live account is all one needs to purchase pay-per-views. Yes, you need a 'gold' account to stream weigh-ins, countdown shows and other programming. And obviously XBox wants you to fork over the annual $50 charge to get access to that content on their platform (even though you can easily get it for free on the Internet). On fight night, however, none of that is necessary.

Let's revisit, for a moment, the idea that there's nothing to celebrate.

It would be truly spectacular, if wholly unrealistic, to expect a corporation of any size to simply give riches or resources to customers or purchasing public. Is such largesse even possible though? Any such giveaway would be suspiciously greeted with accusations of image blandishment. While corporate responsibility has strong roots in early twentieth century industrialization, assuming today's for-profit entities proactively engage in socially responsible actions because of collective conscience is a mistake I'll leave to the gullible.

It's not that it doesn't matter if XBox is trying to 'get something' out of you. What matters is what they offer up in return for what they ask. And in the UFC 141 deal, fans (before the failed stream) were set to make out like bandits. A lot was offered for almost nothing in return except your cognizance the service existed. Some will make the jump to the gold account, sure. And if that's content they believe is properly servicing their needs as fans, then shouldn't fans consider that a win as well? Ultimately XBox and UFC were giving away expensive content for free in the hopes you'd purchase services that met and even augmented your needs or expectations as a gaming and MMA fan.

Whatever you think of the larger XBox Live service as it relates to UFC content, the UFC also did their best to kick things off with fan interest as a key priority by handing out no strings attached, highly valuable content in the biggest pay-per-view of the year.

Oh, and since the first effort to launch this free giveaway didn't work, they're going to do it all over again. They've got some nerve, huh?