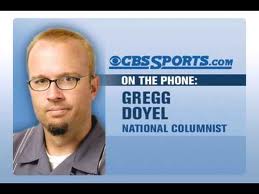 CBS Sports columnist Gregg Doyel has taken off the gloves and gone after the UFC in a new column that reports that the Federal Trade Commission is investigating charges that the UFC is a monopoly and adds, "as far as I'm concerned, the UFC is guilty as charged."

More from Doyel in the full entry:

And I love the UFC. Understand that, and maybe you can understand how uncomfortable this story is for me. Understand that, and you might even forgive me -- not for taking on the UFC, but for waiting so long to do it.
...
For years I've loved the UFC enough to leave it alone, let it do its bullying thing, with the tradeoff being that the UFC would love me back. And it has, up to a point. The UFC has given me credentials to every fight card I've asked to cover, and the UFC has put Dana White on the phone with me. Neither of those is as simple as you might think, because the UFC doesn't treat the media like the other major sports leagues in America treat the media. It's not a collaboration -- it's an intimidation.

Point blank, the UFC bullies the media, holds a grudge, uses access to its events as the carrot to keep us media folk in line. Write the wrong thing about the UFC or its leadership, and the UFC makes you pay -- rips you in public comments, denies your access as a journalist to events, encourages other folks inside the business to keep you there on the outside.