Revenge on the ringside judges, Chael Sonnen sounds off, the enigma of Badr Hari, Tito Ortiz turns 37, and don't mess with Ronda Rousey on today's edition of The Round-Up.

Share All sharing options for: Ronda Rousey Gets Jumped, Ringside Judges Fail Hard On The Round-Up

This morning we'll take on all the latest headlines in mixed martial arts, from Rashad vs. Phil getting simulated and B.J. Penn showing off, to Rowdy Ronda's law trouble and Chuck Giampa's spectacular Showtime debut. But first, our man Nate Wilcox schools us with some calculus knowledge.

- With the move from Spike to Fox, the UFC is at a critical point in their business. Dana White and company are undoubtedly making some big moves, but are they the right ones?

- Meanwhile, Ronda Rousey regales us with the story of how she got jumped by a group of guys at the movie theater and subsequently got sued for assault.

- Michael Bisping offered his thoughts in a column for British outlet The Telegraph. Said Bisping: "You are only as good as your last fight. If the fight with Sonnen doesn't go well, I'll slide back down the ladder."

- Take a behind-the-scenes look at Rashad Evans in this fantastic hype video for UFC on Fox 2.

- Chael Sonnen's team wasted little time firing back at Michael Bisping for the whole "one testicle" thing. Said his coaches after hearing of the match-up switch: "We were actually kind of happy. Bisping breaks easily. I think he's mentally weak."

- On the other hand, do you think Bisping isn't ready for a title shot? Well, he begs to differ.

- Catch an early glimpse of Rashad Evans vs. Phil Davis with the video simulation courtesy of UFC Undisputed 3.

- Less than a week away from the end of Badr Hari's K-1 career, Fraser Coffeen takes us through the complex journey of a supremely talented fighter who became his own worst enemy.

- Just to make you feel old, Tito Ortiz recently celebrated his 37th birthday with girlfriend Jenna Jameson at XS nightclub in Las Vegas. And yes, Sam Bradford was there. (via Yahoo Sports, Photos by Danny Mahoney) 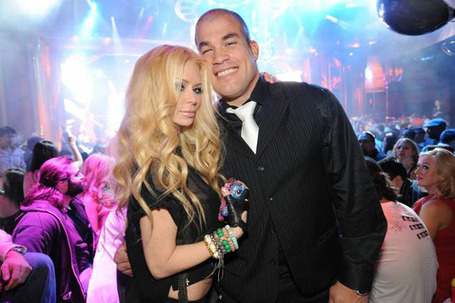 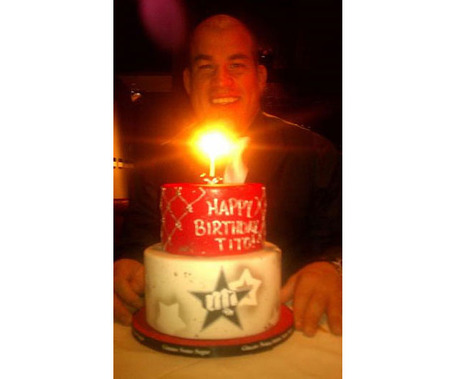 - Did the UFC unwisely play it safe with their sophomore effort on Fox. Gene Mrosko says that might be the case.

- Mark Munoz stopped by Inside MMA to talk about his future and answer a question from the elusive Scott McScottington.

- The sad saga of Daniel James Miller took an unfortunate turn over the last month, as the one-year-old son of Dan Miller suffered an infection and a stroke, delaying a scheduled kidney transplant procedure. Any and all donations to the Daniel James Miller Foundation are appreciated in this trying time.

- B.J. Penn demonstrates some of the jui-jitsu skills that earned him the title of "The Prodigy."

- This one goes out to the endlessly frustrating relationship between fight fans and ringside judges. Courtesy of the indomitable Jon Bois, watch as longtime boxing judge Chuck Giampa falls flat on his face in the opening moments of his Showtime debut. 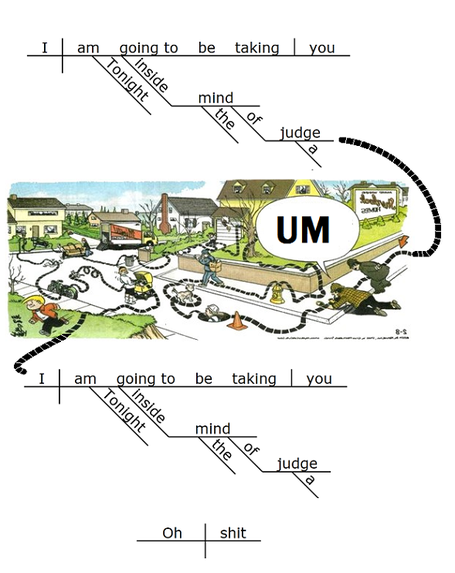