Has UFC Hit An Inflection Point?

Three recent events indicate that the UFC has reached an inflection point in their business cycle: the decision to cancel UFC 145 in Montreal; the decision to test new UFC fighters for PEDs before signing them; and the UFC's continued stubborn advocacy of SOPA even after it failed.

Share All sharing options for: Has UFC Hit An Inflection Point?

Its obvious that the UFC has entered a new phase of its history with the move from Spike TV to Fox/FX/Fuel and the loss of their two biggest pay-per-view draws Brock Lesnar and welterweight champ Georges St. Pierre. This is a critical phase in which the trajectory of the business for the next 18 months to 3 years will be determined.

Three unrelated events over the last week have made me suspect that the UFC might have hit an "inflection point" in the life of their business. For those of you who didn't take calculus, an "inflection point" is the point on a curve where it changes direction. For a fight promotion like the UFC an inflection point is a critical point in time that determines whether the next phase of the business will be one of growth, stagnation or decline. 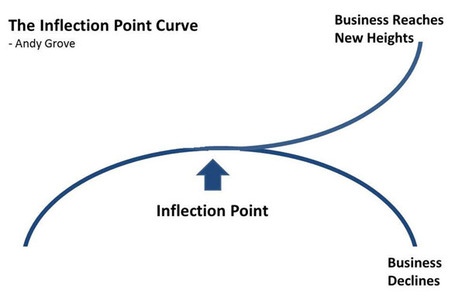 The recent three events that may hint at the direction of the UFC's fortunes in the near term were:

All-in-all these moves reflect an organization that is making moves to attack serious issues that present long-term threats to their business. Only time will tell if these are the right moves. Luke Thomas and I will discuss these points in our next video chat so put your thoughts and questions in the comments and we'll respond.

Is The UFC Making The Right Moves?