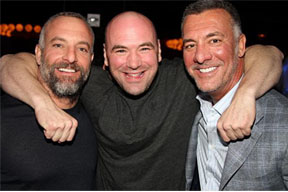 Starting at roughly 5:40 E.T. on Sunday, any traffic attempting to reach UFC.com was instead redirected to UGNazi.com, a site splashed with an embellished portrait of Adolf Hitler on their front page. Soon after, this tweet was send out by Josh Matthews claiming responsibility.

Later in the day, mixed martial arts website MiddleEasy obtained a two-page letter dating back to November 22nd, 2011, in which UFC majority owner Lorenzo Ferttita outlines his support of SOPA to Congressman Lamar Smith, the bill's chief sponsor. The complete letter can be read below (via MiddleEasy). 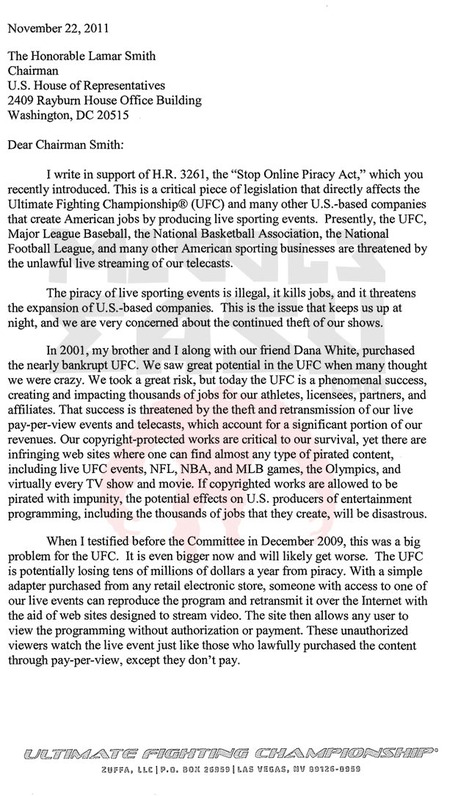 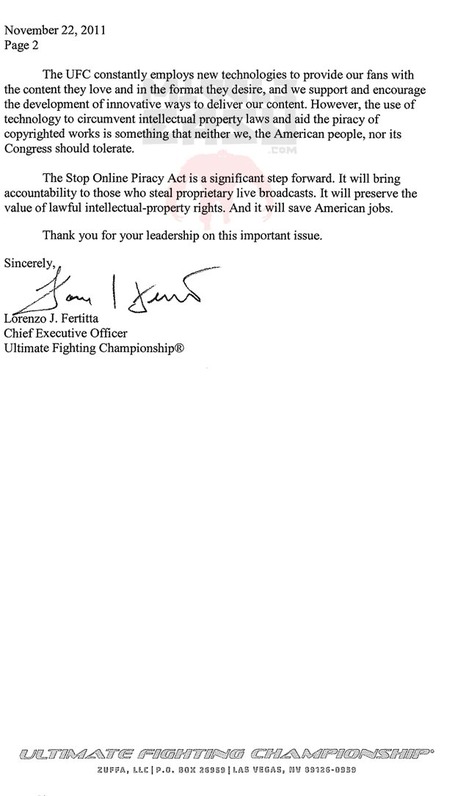