Share All sharing options for: A Whirlwind Week Leaves UFC Fans With Two Fights To Savor 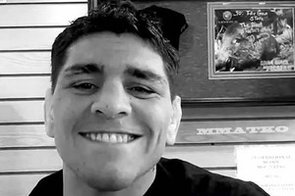 As the dust settles on the UFC 137 card, with Carlos Condit and Nick Diaz essentially swapping spots, fans are left with a lot to look forward to. I think Nick Diaz is better for business that Carlos Condit. I think the title fight, with Diaz in place as the challenger, is an event. The storyline is there (title versus title, good versus evil) to make the show a pay per view extravaganza. Condit is just another challenger.

Here's the thing though - I don't get a bonus if the UFC sells a million pay per views. I don't take a hit if they sell just 200,000. I care, as a fan, about the fights. And the two main fights are barn burners.

I was curious to see GSP fight Diaz. Georges testing his jab against Diaz's volume punching had a certain intrigue, as did a potential battle on the ground. Diaz has tremendous sweeps and submissions from his back. We haven't seen them much in the cage recently, but word from the gym is that he's better than ever. Could he trap St. Pierre in a choke or armbar? It was a legitimately interesting bout.

Condit poses his own set of challenges for GSP, namely power striking from all angles and appendages. St. Pierre will be less likely to stand with Condit, but will a rush to get the fight to the ground create an opening for a fight ending Condit strike? As a fight, it's a good one. It simply falls short as a money drawing main event. Somehow, when the adrenaline begins flowing that evening, commerce will be forgotten. Standing alone, without thought of buyrates,this could be a brilliant bout.

Diaz and Penn is equally as spectacular. Like GSP, Penn has a precision jab. The standing fight with Diaz will pit that jab against the very active attack of the Cesar Gracie blackbelt. If it goes to the mat, we'll get the rare treat of seeing two jiu jitsu savants going toe to toe on the ground. Neither is passive and willing to grapple for position only. If they do take it to the floor, it's going to be like watching two cats fight.

Yes, it's been a whirlwind week. No, I wasn't an advocate of Diaz losing his title shot. But I'm happy with these fights. Pretty happy indeed.