Jonathan Snowden looks at the top ten moments in the UFC career of the legendary Matt Hughes. The future champion starts of his career, and this list, with a bang as he slams Valeri Ignatov to the mat at UFC 22.

Not a lot was expected from Matt Hughes when he made his UFC debut in his tenth professional fight. It was his opponent, Valeri Ignatov, who was supposed to be the next big thing. Discovered by Bob Shamrock, Ken Shamrock's adoptive father who was looking to create his own fight team after the Lion's Den fell apart, Ignatov came into the UFC with a big reputation. After his match with Hughes at UFC 22, the sambo specialist would never fight again.

The fight is fun to watch, if only to hear the announcers as reality slowly struck them squarely in the foreheads. They entered the fight thinking Ignatov was the future star. But as the bout continued, it dawned on both Mike Goldberg and Jeff Blatnick that the future champion in the cage might just be the wrestler from Illinois. Hughes slammed Ignatov on his head, beat him up, and walked out of the Octagon with renewed confidence. 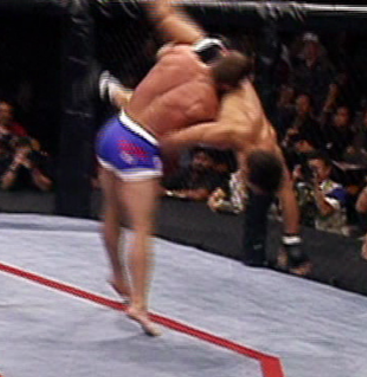