Sport After Death: UFC's Jake Shields Fights Through Loss Of His Father

Jake Shields lost his father Jack Shields less than a month before his headlining fight with Jake Ellenberger at UFC Fight Night 25. When we look at Jake's case as well as that of other athletes famous and ordinary who've lost their fathers before competition, what does that tell us about the athlete? And what does it say about sports?

Share All sharing options for: Sport After Death: UFC's Jake Shields Fights Through Loss Of His Father

I didn't know Jack Shields personally, but I spoke to him on a number of occasions. As Jake Shields' father and manager, he was the go-between from the media to his son. Want access to Jake? You had to go through Jack and he was more than a touch discerning. In the run up to UFC 129, Jack told me he was only going to allow his son to talk to media outlets whom he vetted and approved.

Jack was as close as any father to Jake and more than just an overseer of his son's career. He was an integral, daily component. A guiding, supportive and attentive hand in his son's budding career.

That's why news of Jack dying Monday, August 29 at his home in his sleep caused many to ask: can Jake still take his fight with Jake Ellenberger at UFC Fight Night 25 so soon after losing his father, friend and mentor?

The answer was yes, a demonstration by Jake of grit, professionalism and immeasurable athletic courage.

But Jake Shields is not the first athlete, high-profile or ordinary, to continue participation in sporting contests so close after the loss of a father. That begs the question: why do athletes continue to compete immediately after losing their fathers or any loved one?

In the case of the four athletes I've detailed below, there is the familiar refrain: because that's what he (the father) would've wanted me (the athlete) to do. We know when life as they know it is upended, sports helps as a distraction and return to what was.

I'm less interested in why they do it and more in that they do it. While Shields' grief must be immesurable, his tragedy unfortunately falls in line with other athletes, famous and ordinary, who've competed in close proximity to the death of their fathers. Whether as a coping mechanism for themselves or glorification of their fathers, athletes of all ages and stature use athletics to temporarily heal themselves. In the process, those who care for the athlete often find their friend or colleague's grief to be a call to action for their own behavior.

Here are the cases of four athletes - amateur and professional, adult and adolescent - before Shields who dealt with similar circumstances each in their own way. Like Shields, these circumstance underscores the athlete's resolve and tells us more about the person than virtually any achievement or failure in the sport ever could.

Famed and now former NFL quarterback Brett Favre's father died just two days before his Green Bay Packers were set to play the Oakland Raiders on Monday Night Football. As the above video details, Favre put on one of the best performances of his career passing for 399 yards and four touchdowns.

The level of achievement in competition is notable here, but more so is the rallying of support by teammates. Favre's tragedy became his entire team's burden and cause.

Michael Jordan's path through athletics after the death of his father took a much more circuitous route. James Jordan was murdered one month after the Chicago Bulls took their third consecutive NBA Championship in July on 1993. Michael announced his retirement from basketball five months later and entered the minor leagues as a AA baseball prospect for the Birmingham Barons.

It's been suggested Jordan's entire baseball sojourn was related to his father's original wish his son play in the major leagues. Whatever the case, Jordan soon returned to basketball. In his first season back, Jordan and the Chicago Bulls won the NBA championship. As you can see from the above video, the struggle for Jordan to achieve was fueled by profound and prolonged grief. 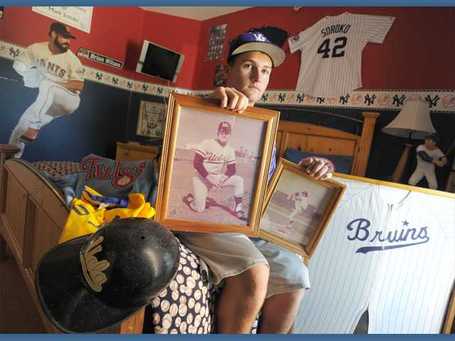 For all of the Favre's and Jordan's of the world, there are also the Soroko's.

Luke Soroko's father, Mark, played briefly in the major leagues after playing four years for the UCLA Bruins. On a day at the batting cage, Soroko threw nearly 100 pitches before suffering a fatal heart attack.

Four days after the death of his father, Soroko pitched against rivals Harvard-Westlake.

"It was amazing," said his brother Max, who along with his mother watched Luke pitch. "It was kind of the first positive thing I experienced since my father passed. (Luke) seemed like a different guy out there. He was pitching with emotion. He pitched unbelievably." 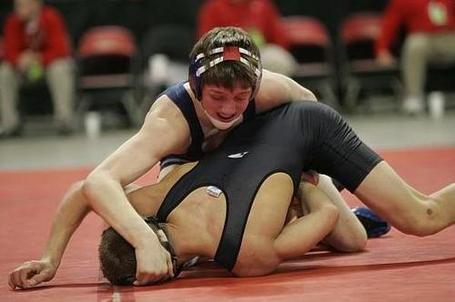 Garrett Schaner was a standout high school wrestler at Big Rapids High School in Michigan. He was a two-time freestyle state champion and was looking to capture a third title when his father was tragically killed. Craig Schaner, an auctioneer, was driving home when his car veered off the road and ran into a tree. Witnesses say the car burst into flames. Craig Schaner died at the scene.

That accident occurred just three days before Garrett Schaner was scheduled to compete in the Michigan state tournament at The Palace of Auburn Hills. Schaner did not earn his third title. He lost his quarterfinal match, but was able to take third in the wrestlebacks.

Schaner eventually got a scholarship to Stanford University where he was a member of the wrestling squad.

It's a tribute to the athlete and the bond they shared with their fathers that they push through. Sport is often where fathers and sons forge their relationship, where sons learn about or define themselves. Many come to know their fathers through training or competition. Continuing on is a recognition of their obligation to themselves, their teammates and their lost parent.

Some like Favre are able to achieve greatness in a time of immeasurable personal grief. In truth, how they perform is largely irrelevant or at least not the metric by which we evaluate the effort. What we watch admiringly from a distance is simply that they play. The cases of Favre, Jordan, Soroko and Schaner tell us sports in real life is as much about participation as it is about winning. After life is suddenly and catastrophically uprooted, the act of participation provides some return to the steady tick of normalcy and provides a glimpse into determinative spirit of competitor.

I don't know if Jake Shields can beat Jake Ellenberger this weekend. With what must be a heavy heart and distracted mind, who could be surprised if Shields is unable to be himself? A win would be an incredible achievement not just because of the loss of his father, but also because Ellenberger is as dangerous as they come. But what defines Shields more than this potential win or loss is his participation: through pain, anguish and the absence of his father's gravity. Shields' success is the act of getting up and getting out there. He's playing, rain or shine; long odds or short; with his father and without.

The situation isn't entirely analogous, but when former Washington Redskins free safety Sean Taylor was murdered in 2007 the Redskins organization played a tribute video to Taylor at FedEx Field. Several Redskins are interviewed in the short film, but a quote stands out from former defensive back Pierson Prioleau in regards to what Taylor would've wanted: "What he would've wanted us to do was to play. And not just play, play hard."

Go out and play on Saturday, Jake. Play hard.