The Lure Of The Freak Show: Ken Shamrock To Fight James Toney

Share All sharing options for: The Lure Of The Freak Show: Ken Shamrock To Fight James Toney 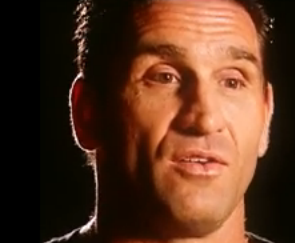 God help me, I'm not supposed to want this fight. MMA is a serious sport. The competitors are serious athletes. I even wrote an article after Ken Shamrock's last high profile fight lamenting his continued presence in the cage. A big league MMA promoter saw it and told me it moved him. My brain tells me Ken Shamrock taking on boxer James Toney in a special rules match is a fraud, a sham, and plain sad. My gut? It tells me 'this fight is going to be awesome.'

Last year I was pretty clear that I didn't care for Ken Shamrock fighting - not one little bit:

Ken Shamrock should be settling into a life of comfortable retirement. He should be introduced to the crowd during every UFC event to raucous applause. He should be making media appearances as the sport's elder statesman. Instead, Ken Shamrock is 46 years old, broke, and has burned his bridges with both the UFC and Showtime/CBS. So we get what we got last night.

It was a sad moment for the man who once inspired such fear and awe. Shamrock, wearing every one of his 46 years on his weathered face, was thrown to the wolves against Pedro Rizzo for Impact FC in Australia. Rizzo, one of the most successful and dangerous leg kickers of all time, wailed away on Shamrock's brittle bones. Each shot made the audience wince in empathy-it didn't help that Ken looked like he wanted to cry with every blow.

There's no justification for a Ken Shamrock fight in 2011. And yet, the heart wants what it wants. I need a little freak show in my life.

The fight, whatever the rules end up being, should be interesting if nothing else. Both men are both prohibitive favorites and underdogs - at the same time. Think about it. There's no excuse for a professional mixed martial artist to lose to James Toney, no matter the rules. It should be a takedown clinic.

On the flip side, there's no excuse for a professional boxer not to turn Ken Shamrock's lights out. Even the unheralded Robert "Buzz" Berry dropped him with a jab. With standups, Toney will get plenty of shots at Shamrock's glass jaw.

It will be a race to see who will throw certain victory away first. And I'll be lined up early for the first tickets.