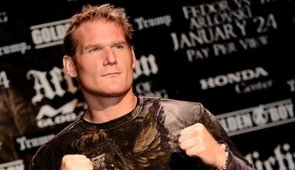 No matter what else you say about former UFC champion Josh Barnett, shy should never be an adjective attached to his name. The brilliant catch wrestler, known for his clever interviews, was at it again today during the Strikeforce Heavyweight Grand Prix Conference Call:

"Titles and things like that are the spoils of war. You have to go out and win battles before you raid the dead of all their belongings. Honestly I would love it if the finals of this tournament were for the heavyweight title. It would be a nice punctuation mark at the end of it and that doesn't change getting my job done. I have to go out there and beat my opponent; otherwise you walk home with a black eye and wounded pride."