Potential Move To Fox Is News To Chael Sonnen

Share All sharing options for: Potential Move To Fox Is News To Chael Sonnen 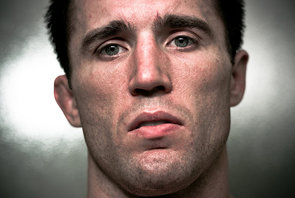 The rumor mill is churning at a record pace and the UFC brass is being very closed lipped about who will main event the promotion's first shot at network television. Early tonight the Brazilian website Tatame hinted it might be Anderson Silva in a return match with Strikeforce light heavyweight champion Dan Henderson. If Henderson didn't want to return to middleweight, Tatame suggested that Sonnen would be pulled from his fight with Brian Stann to take on Silva.

The speculation is all moot, of course, if Yushin Okami upsets Silva this weekend in Brazil. Anything you hear until after this Saturday is groundless - but UFC sources tell me Silva is being considered for the spot assuming he gets past Okami.