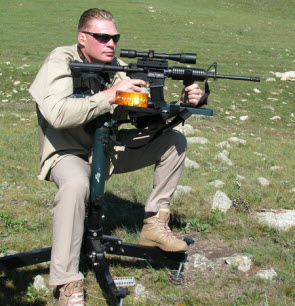 Former UFC heavyweight champion Brock Lesnar has emerged with his first published photos since having a foot of his colon removed to treat his diverticulitis.

Lesnar lost his title to Cain Velasquez at UFC 121 in October 2010. Video in the full entry.

Lesnar coached a season of The Ultimate Fighter opposite fellow contender Junior dos Santos, but had to pull out of the planned UFC 131 bout with dos Santos. Shane Carwin stepped up in his place and got pasted. Dos Santos is expected to challenge Cain Velasquez for the title at UFC 139 in San Jose in November.

If Lesnar returns in the fall, his old rival Frank Mir is a very likely possible opponent. The rubber match between Mir and Lesnar would be one of the most anticipated heavyweight bouts in years. Lesnar beat Mir at UFC 100 and lost to him in his UFC debut at UFC 81.