Guestbook, Memorial Fund Opened For The Family Of Shawn Tompkins

Share All sharing options for: Guestbook, Memorial Fund Opened For The Family Of Shawn Tompkins

With many in the MMA world left shaken after the tragic untimely passing of renowned striking coach Shawn Tompkins, an outpouring of love and support has flooded from the community.

"Shawn was more than a client, he was personal friend whose love of MMA had enormous influence on our agency and the entire sport," wrote AMR Group founder and president Gary Ibarra in an official statement.

"His passion and vision for MMA was infectious, evident by how he could motivate his fighters to become better athletes and people. On behalf of AMR Group's athletes and staff, we extend our deepest sympathies to Emilie, Sam and Shawn's entire family. His spirit will live on in our hearts."

Now that he has passed, many are reflecting on Tompkins' last days and the joy that he vicariously gave others. Cagepotato's Mike Russell has compiled a tribute for the coach from the audio of his last interview.

Similarly, HDNetFights have uploaded a segment from a 2010 episode of Inside MMA that detailed Tompkins' Las Vegas Tapout gym, and the extensive children's program that cultivated within its walls.

In response the unexpected tragedy, Tompkins' family have opened a guestbook where fans, friends, and loved ones can leave thoughts and remembrances. AMR has also announced the creation of a memorial fund to aid the family as they persevere through the next few weeks. Those interested in contributing to the fund can send an email to TeamTompkins@ShogunMMA.com.

Throughout his time Tompkins trained many of the biggest names in the sport, including Vitor Belfort, Wanderlei Silva, Forrest Griffin, Dan Henderson, Gray Maynard, Sam Stout, Chris Horodecki, Mark Hominick, Jason Miller, and Mark Coleman, among others. He will be missed. 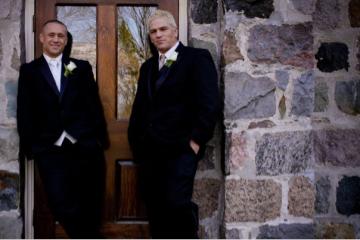