UFC On Versus 5 Analysis: Special Awards For A Great Night Of Fights

Last night's UFC on Versus 5 was so good, the normal awards weren't enough. Jonathan Snowden gave the fighters his own special awards for their amazing performances.

Share All sharing options for: UFC On Versus 5 Analysis: Special Awards For A Great Night Of Fights

When my wife asked me tonight if she should watch the fights, I didn't have to think about it. Not even the briefest pause. This was perhaps the most amazing action card ever assembled by the UFC's brilliant matchmaker Joe Silva. The UFC's most exciting fighters were all present and ready for duty:

A card this good deserves more than just bonuses for Fight, Submission, and Knockout of the Night. So, without further adieu, here are my own awards for UFC on Versus 5. 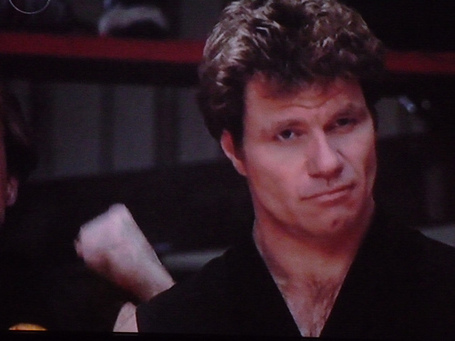 In honor of the Cobra Khai sensei, this award might eventually be known as the Donald Cerrone nutshot medal. Cerrone goes to the package at least once every bout. This was no exception. Cerrone also came inches from landing an illegal and unnecessary knee while his opponent Charles Oliveira was on the ground. Cerrone has developed a great all around game, but he definitely needs to work on his impulse control. 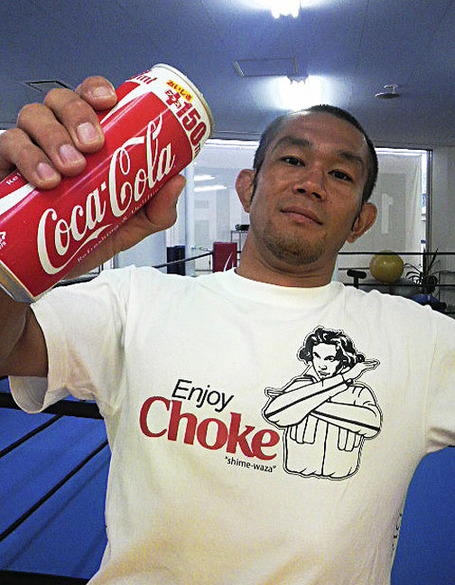 To Jim Miller for a unique attempt at a jumping arm triangle. It didn't work - was actually destined to fail. But somewhere the Japanese submission legend was smiling. 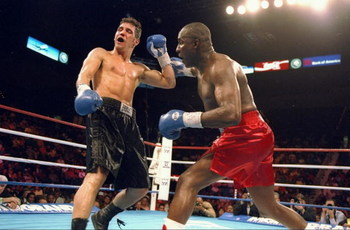 This one goes to Chris Lytle for his Mike McCallum impression in the main event. Lytle went to the body over and over again with the right hand, rocking Dan Hardy and eventually taking his breath away. Body shots are rare in MMA, but super effective when utilized by a great fighter like Lytle. 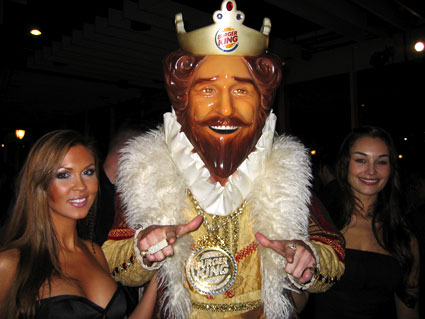 The Charlemagne Award For Looking Eerily Like The Burger King

To Jim Miller. His new facial hair made him look a lot like the Burger King from commercial fame. Ben Henderson must be a McDonald's man though, because he beat Miller like his Whopper wasn't made his way. Great night for Henderson, less so for Miller who relied too heavily on his submission game and allowed Henderson to control the rest of the fight. 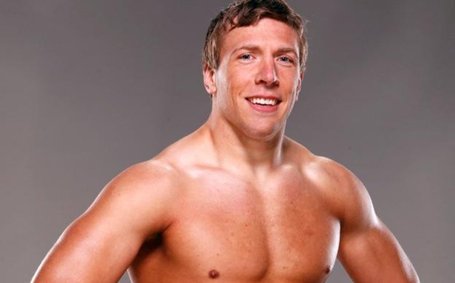 At the risk of angering Senior Editor Luke Thomas, workrate is a professional wrestling term used to describe someone who is constantly moving, working, and performing difficult and exciting moves. No one is better in this area in the entire sport of MMA than Ben Henderson. The former WEC champion steamrolled Jim Miller, the UFC star expected to win and move on to a title shot. 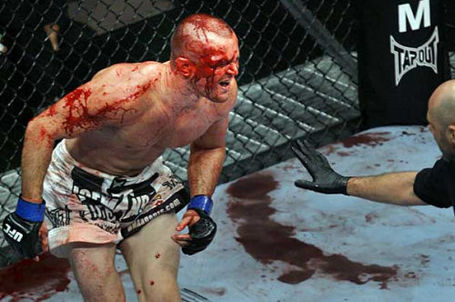 The Chris Lytle Award For Eschewing The Logical For The Sublime

To Chris Lytle, who in his final fight decided not to take Dan Hardy to the mat where he would have had a significant advantage. Instead, he stood, traded, wowed the crowd and eventually submitted the British star. It was a special fight to end an incredible night of MMA.