Jorge Gurgel Will Not Apologize For His Fighting Style

Share All sharing options for: Jorge Gurgel Will Not Apologize For His Fighting Style 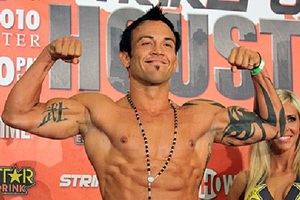 When Jorge Gurgel gets in the cage, he becomes an animal. The years he spent crafting an immaculate Brazilian Jiu Jitsu game? Out the window. When he sees an opponent across the way, you can rest assured there is about to be a slugfest of epic proportions.

Many have speculated Rich Franklin's long-time training partner is chasing bonuses, looking to impress promoters and fans with his stand and bang approach. It's something that has worked well for Chris Lytle, who has often eschewed the ground game to trade punches with willing opponents. But Gurgel insists it's not about pleasing the fans:

"There's a business conception that people always say I fight to entertain the fans, I fight stupid because I fight for the fans. No disrespect to all my fans, I love you guys very much, but that was never the case," Gurgel told ESPNRadio1100/98.9 FM's DC and the Sunshine Man Show. "When the cage door shuts and the bell rings, I just see red."

Gurgel takes on Joe Duarte in the main event of Strikeforce's Challengers show, airing tonight at 11 PM EST on Showtime.