The New MMA Monotony: DREAM And The Five-Minute Round

Share All sharing options for: The New MMA Monotony: DREAM And The Five-Minute Round 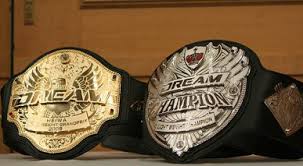 Mixed martial arts used to be about differences. It was a karate man and a judo man, locked in a cage to determine supremacy. Later it mattered if a Brazilian Jiu Jitsu master could best a kickboxer. A lot.

Today, most fighters come from the same general template.

On the promotional side, the same sense of the identical has permeated the sport. In the old days, you could put on a DVD (or VHS tape!) of a promotion and immediately identify where it came from. Different regions of the world produced MMA programming with a markedly different look.

In Japan, the action could be in a ring, the entrances would be grandiose, and the crowd would be so quiet you could hear the referee as he shouted periodically at the fighters. In Brazil, the fighters were often bare-knuckled, the ring was surrounded by a camouflage netting, and the crowd would be wound tight, with the action in the stands often just as good as anything the professionals could deliver. America was home of the cage, "Big John McCarthy, and the wrestler.

All of that is changing. Zuffa brought plenty of great things to the table, one of which, the "Unified Rules" has spread throughout the country- and now throughout the world. In order to promote uniformity in the sport, DREAM, the last remaining Japanese super power, is moving to five minute rounds, rather than using an initial 10 minute first round, made famous in the beloved PRIDE promotion.

It’s a small item, but telling. North America is without question the epicenter of modern MMA – and as the sport conquerors the world, it will do so in the model of the UFC. That’s probably for the best – but a small piece of me will miss the unique cultural quirks that made each promotion special in its own right. The price of success.