Share All sharing options for: Cung Le Says It's UFC Or Bust 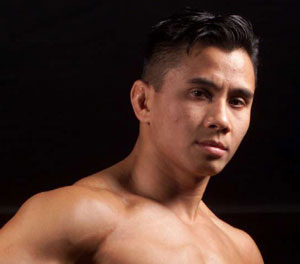 Cung Le, budding B-movie star and Strikeforce action fighter extraordinaire, is looking to make a return to MMA. Nothing unusual there – Le has fought in between movies, fitting in a fight here and a fight there throughout his career. The catch? He wants his next fight to be in the UFC Octagon.

I, for one, couldn’t be more excited about the prospect.

At 39, Le’s days in the sport are dwindling. There isn’t time for him to waste if he wants to make an impact in the UFC. And I really think he has the potential to be in the kind of fights that have made Chris Leben a UFC standout in the six years since The Ultimate Fighter.

Le has intriguing standup, a wrestling pedigree, and win or lose, his fights are never less than astounding. As a Fight Night headliner, he’s an immediate upgrade for events on Versus or SPIKE and he wouldn’t be out of place on the main card of a pay per view. I hope to see him, Bruce Buffer, and an opponent to be named later inside the Octagon sooner rather than later.