Despite a few rumblings on Twitter that the bout between Brandon Rios and John Murray was getting scrapped at the last minute, both men showed up for the weigh-ins, Rios was over at 135.6 and looked terrible but has an hour to lose the .6 pound. His opponent, John Murray was solid at 134.75. 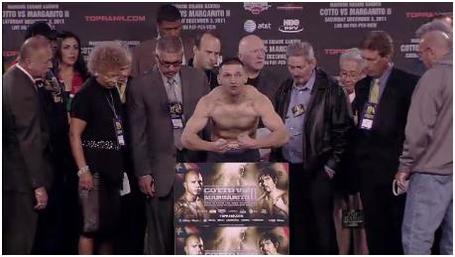 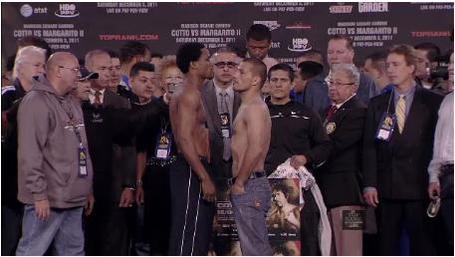