Margarito stepped on the scale and hit the mark at 152.5 pounds, making the bout official on his end. He looked cocky as usual, smiling on the scale as the Puerto Rican heavy crowd taunted him.

After making weight, Margarito smiled and flashed a thumbs up at the crowd which clearly hated him. 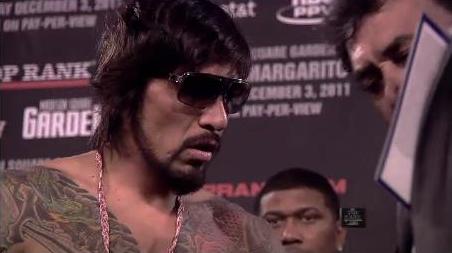