Cotto hit the scales at a very fit looking 152.25 pounds after Margarito had already made weight, so the fight is a go.

After the two men made weight, Bob Arum stood between them for a photo op but there was no direct face off, likely for fear of a scuffle breaking out. 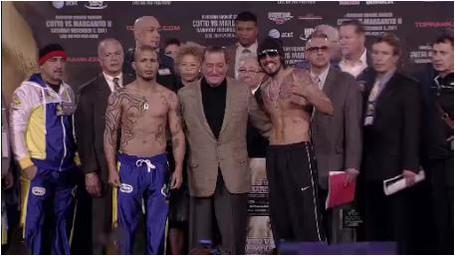