Mayhem Miller Heads To Holland On The Round-Up

Share All sharing options for: Mayhem Miller Heads To Holland On The Round-Up

MMA Nation Round-Up provides you with daily coverage of the latest in news, multimedia, and analysis throughout the world of combat sports. This morning we'll continue to look over the aftermath of UFC 140 before turning our gaze to UFC 141. Let's start it off.

- Lost in Saturday night's bone-breaking splendor was the fact that MMA fans may have seen one of the last performances of Tito Ortiz's illustrious career. In the wake of UFC 140, David Castillo looks back and wonders, how will the MMA world remember Tito Ortiz? "If there's a reason Tito Ortiz became a star in the insular world of MMA (and even beyond), it's because he was the marriage of performance, and attitude." 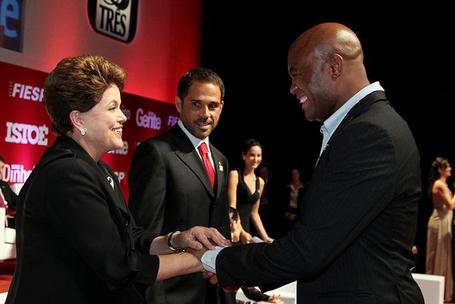 - MMA Nation's Nate Wilcox argues that Frank Mir vs. Brock Lesnar 3 could potentially be bigger than Lesnar vs. Overeem at UFC 141.

- Krzysztof Soszynski was classy in defeat after falling to Igor Pokrajac at UFC 140.

@KSOSufc
Krzysztof Soszynski My second ever KO loss. Defiantly sucks loosing like that, but its mma and not ballet. Big congratulations to Igor for the great win.
Dec 12 via webFavoriteRetweetReply

- Greg Jackson unintentionally set off a media firestorm when cameras caught him telling Jon Jones to "go check on Lyoto! Get some fans!" at UFC 140. On Monday he hit the media circuit to clarify his comments.

- The All Elbows crew put together this fantastic retrospective of the TUF 14 tryouts. Look closely and you might just spot the UFC's newest flyweight contender, Ian McCall.

- New Year's Eve may have a familiar feel for longtime fight fans. Legendary heavyweight Fedor Emelianenko has signed on to fight Satoshi Ishii at his old stomping grounds.

- In case you missed it, Brian Ebersole's classic chest hairrow was replaced with a TapouT logo at UFC 140. (Photo by Esther Lin via MMAFighting.com) 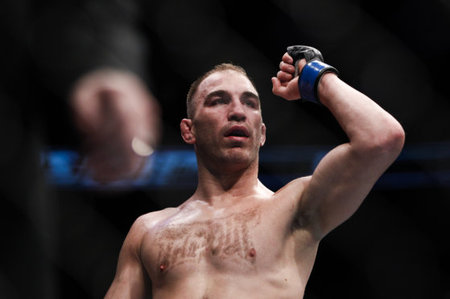 - Gilbert Melendez may not want to count his chickens before they're hatched. According to UFC President Dana White, Strikeforce is going to be alive and well in 2012, and the entire roster is staying put.

- Following his TKO loss to Michael Misping at The Ultimate Fighter 14 Finale, Mayhem Miller has decided to change up his training regiment in the hopes of maintaining a UFC roster spot.

@mayhemmiller
Jason Mayhem Miller Going to Holland to learn how to kickbox.
Dec 12 via Twitter for iPhoneFavoriteRetweetReply

- Frank Mir sat down with Jordan Breen to discuss his gruesome submission win over Antonio Rodrigo Nogueira after UFC 140, and suffice to say, the heavyweight went into great detail with his descriptions. "When I grabbed it and started cranking it just crushed like twisting a bag of potato chips."

- We'll leave you with a slew of MMA fighters sounding off on what they want for their one Christmas gift.

UFC 140 Results And Tito's Tears On The Round Up