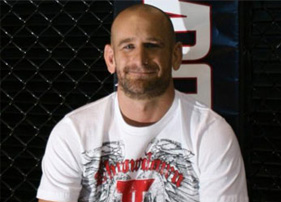 As if Jon Jones didn't have enough of an image problem, Greg Jackson certainly didn't do him any favors on Saturday night.

Immediately after Jones separated Lyoto Machida from consciousness at UFC 140, cageside microphones caught Jackson imploring the 24-year-old to "go check on Lyoto! Get some fans!"

This week Jackson hit the media rounds to rectify the public firestorm he inadvertently set off.

In an interview with MMA Weekly, the trainer clarified his intentions for the now-notorious comments.

I misspoke. It sounded really bad when I heard it again. It wasn't my intention what everybody thinks it was. After you do a fight, like Jon's a great guy, and after a fight you're so worked up and fighters go a little crazy. Like B.J. sometimes licks blood off his gloves, everybody has these victory dances that they all do, they go a little nuts.

But it came out like I was trying to be this manipulative guy. It was a bonehead thing for me to say, but it wasn't my intention."