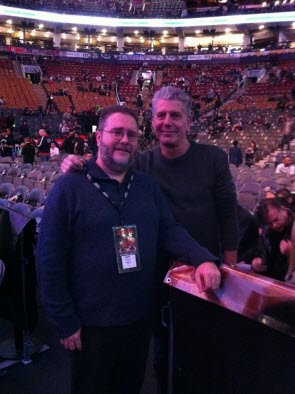 The Travel Channel's Anthony Bourdain is a UFC fan since 1977 or something. The chef, known for the tongue-in-cheek macho adventurism of his travel channel show has added another exotic destination to his travel itinerary.

Bourdain's known for his rock n' roll style and best-selling exposes of the high end New York City restaurant scene, has been at previous UFC's but this is his first in Toronto.