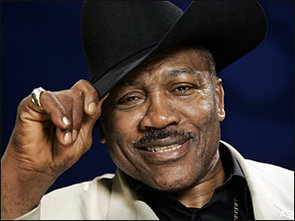 The great "Smokin" Joe Frazier passed away yesterday after a battle with liver cancer. Tributes are pouring in from those who knew him best, but none better than David Remnick's in The New Yorker.

Frazier despised his quicksilver rival, while Ali thought of Frazier as a usurper, an instrument of The Man. Ali rightly believed that he had been robbed of the best years of his fighting life by the United States government and the boxing authorities, who stripped him of his title because he refused to go to Vietnam. Ali went beyond his usual taunts and poetical predictions of doom with Frazier. He verbally humiliated him, mocking him as dumb, as a "gorilla." Frazier, who was born in rural South Carolina and then became a resident of Philadelphia, running a gym in a tough neighborhood, was no one’s lap dog. He was immensely prideful. In fact, his childhood was vastly more deprived than anything Ali, as Cassius Clay, experienced in Louisville. The racial way Ali framed their rivalry—casting himself as the glamorous enlightened new black man and Frazier as retrograde, an Uncle Tom—rightly infuriated Smokin’ Joe.