The Sights And Sounds Of UFC 138 On The Round-Up

Share All sharing options for: The Sights And Sounds Of UFC 138 On The Round-Up

MMA Nation Round-Up provides you with daily coverage of the latest in news, multimedia, and analysis throughout the world of combat sports. Today is all about UFC 138 as we sit mere hours from the event. We've got all the pre-fight coverage you need, including press conferences, weigh-ins, interviews, analysis, and predictions. Onward to Birmingham.

- We'll kick things off with the UFC 138 pre-fight press conference. The video was a late upload by Zuffa but it serves as a good primer for anyone interested in the event.

- The tension was so thick you could cut it with a knife at Friday's UFC 138 weigh-ins. Things got a little heated when Chris Leben, Mark Munoz, Thiago Alves, and Papy Abedi all had to be separated after tipping the scales. 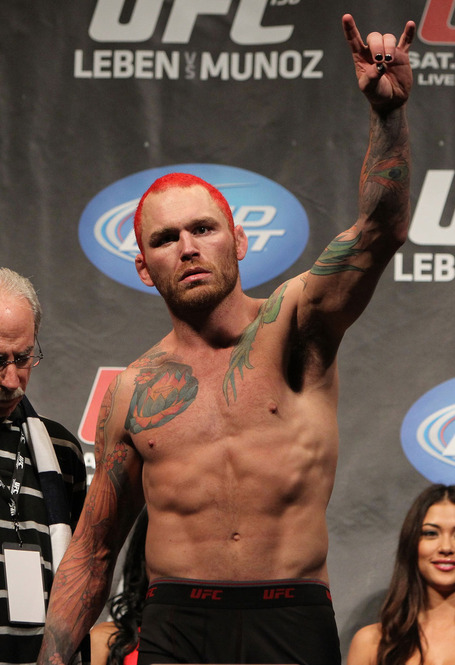 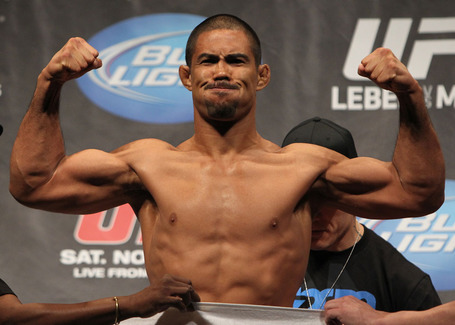 - Despite carrying an absurd 26-fight win streak into his UFC 138 co-main event against Brad Pickett, rising bantamweight Renan Barao is somehow falling under the radar. He talked about his preparation and future in the Octagon with the UFC's Paula Sack.

- With the event airing via tape delay in the United States, it'll be easy to forget about the always-entertaining Facebook undercard streaming live on Saturday morning. Luckily, the UFC stopped by with a friendly reminder.

- Our look at UFC 138 ends with the official predictions of the Bloody Elbow staff and MMA Mania's Jesse Holland.

- Between bites of a sandwich, middleweight contender Chael Sonnen managed to push out a few gems in this interview, starting with his old pal you-know-who. Per Sonnen: "You could download an app on your iPhone and replace Ed Soares."

- And in case you forgot, ProElite's sophomore effort -- ProElite 2: Big Guns -- is taking place this weekend. On Friday the competitors weighed-in, including former UFC heavyweight champions Andrei Arlovski and Tim Sylvia. Check out the complete results.