Jon Jones In Rolling Stone On The Round Up

Share All sharing options for: Jon Jones In Rolling Stone On The Round Up

MMA Nation Round-Up provides you with daily coverage of the latest in news, multimedia, and analysis throughout the world of combat sports.Today we'll be dazzled by Jon Jones' turn in the star making apparatus that is Rolling Stone then we'll check in to the UFC on Fox press conference, a couple of sidelong glances back at UFC 137 and wrap up with a look at the UFC 138 news (there's a UFC this weekend?).

First up, Jon Jones gets embiggened by RS and handles it with his usual shy reserve:

...Jones could become the Michael Jordan of the sport. "I don't really know what to say to that," Jones says as a trainer adjusts the ice on his feet, which are nearly broken from all the punishing kicks delivered to Jackson. "I don't want to sound cocky, but I do hold myself in high regard."

Wow. Put your sunglasses on kid, it's getting bright in here.

Next up the UFC on Fox press conference was yesterday and our own Luke Thomas (a shoulder surgery survivor himself) got heavyweight champ Cain Velasquez to open up about having his shoulder opened up.

The rest of the call is here.

Now let's look at UFC 138. First a snap shot of the headliners facing off: 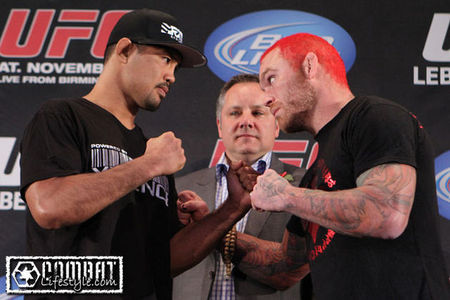 And let's sign off with a look at the UFC's newest welterweight, Yoshihiro Akiyama fresh off a four-week 40 pound weight cut: 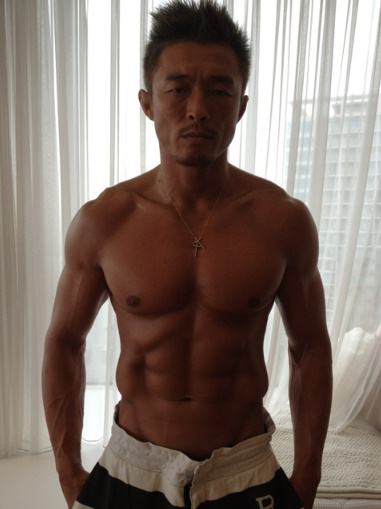