Cotto Vs. Margarito - With Antonio Cleared To Fight, New York Gets A Treat

With New York granting Antonio Margarito a license to rematch Miguel Cotto, fans are now set to get one of the most exciting boxing cards in years.

Share All sharing options for: Cotto Vs. Margarito - With Antonio Cleared To Fight, New York Gets A Treat

The rematch between Miguel Cotto and Antonio Margarito is something more than just a regular fight. The first meeting between the two is a modern boxing epic which has taken a sinister turn in the minds of many. Margarito was given a chance to fight Shane Mosley following his comeback stoppage win over Cotto the first time around. Before the Mosley fight it was discovered that a substance was being placed in the wraps which would harden to give him a dangerous advantage.

Since that discovery, Cotto and many boxing fans have questioned if that was the first time he tampered with his wraps. Cotto, for his part, insists that Margarito must have loaded his wraps in their first meeting and is offended at the idea that Margarito endangered his life. Antonio insists that he did not, and will prove it in the rematch.

With the two set to meet at Madison Square Garden in front of a crowd sure to be filled with Cotto's Puerto Rican fans the fight was almost derailed by an eye injury Margarito suffered in his 2010 bout with Manny Pacquiao. In that bout, Pacquiao crushed Margarito's orbital bone which was corrected with a surgery, but so was a damaged lens in the eye, a situation which was corrected with the placement of an artificial lens.

To say that Antonio's eye looks "off" would be putting it nicely, as seen in this screen capture from HBO's 24/7 series (taken from Bad Left Hook): 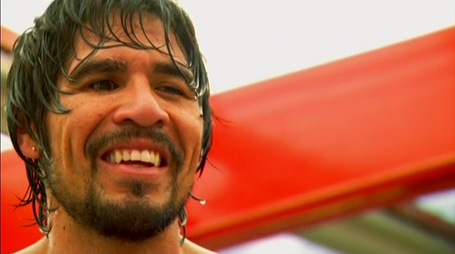 The New York State Athletic Commission (NYSAC) forced Margarito to undergo additional examinations by their doctors before granting him a license just twelve days before the bout was set to take place.

With the fight now good to go, New York is set for a treat.

Beyond the unbelievable amount of bad blood between Cotto and Margarito (something I'll write plenty more about over this week) the card is stacked with great action fights.

One of the most entertaining boxers alive, Brandon Rios, faces John Murray in what should be a fun bit of violent brawling. Pawel Wolak and Delvin Rodriguez finally rematch after their stunning fight of the year contender from earlier this year. And Mike Jones battles Sebastian Lujan in what should be yet another entertaining scrap.

It's a rarity with boxing PPV's to see four bouts which all could be great instead of a row of features for promotional golden boys (no pun intended). While we've been treated to some great undercard fights on recent Pacquiao and Mayweather bouts over the past year, they were more the function of fighters rising to the occasion than designed tremendous undercards.

We will have much more about the event this week here on MMA Nation as will our boxing blog Bad Left Hook.