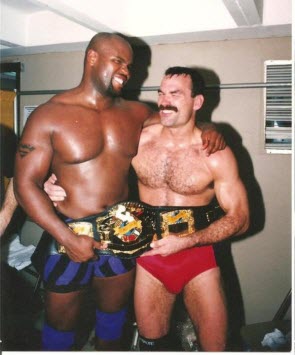 Back in the early days of the Ultimate Fighting Championship the American sports media actively ignored what was happening in the cage. The Japanese media was different and ace photographer Susumu Nagao traveled across the Pacific to document every event. Now he's uploaded a treasure trove of his classic UFC photos to his Facebook page.

The pic above shows UFC 8 tournament winner Don Frye (on right) and runner up Gary Goodridge embracing after their classic bout in the finals. There are a couple more of Susumu's classic pics after the jump. 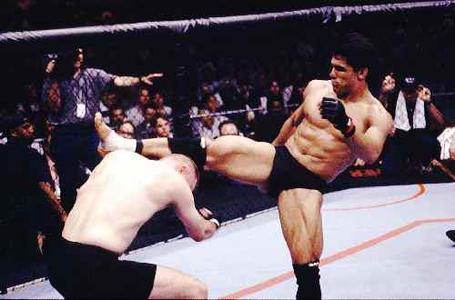 Here's a classic action shot of Frank Shamrock landing a high kick on Jeremy Horn -- or maybe Horn is ducking under the kick for the take down. Shamrock survived a close call against the unheralded Horn at UFC 17, barely pulling out the win via a kneebar in overtime. 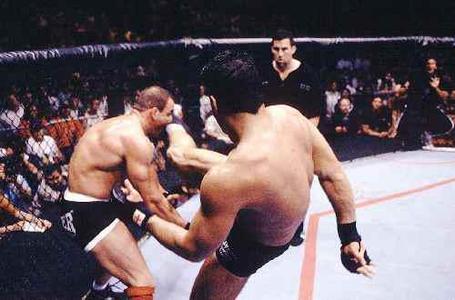 Here's a classic from that same UFC 17 card, Pete Williams is KO'ing Mark Coleman with one of the most dramatic KO's of the old days.