PHOTO: A Battered Dan Henderson And His Blood-Drenched Shorts

Share All sharing options for: PHOTO: A Battered Dan Henderson And His Blood-Drenched Shorts 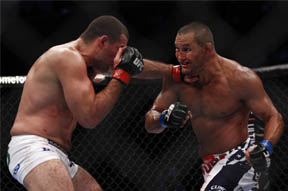 When the "Fight of the Year" lists for 2011 are made, Dan Henderson vs. Mauricio "Shogun" Rua will be undoubtedly be present. For five rounds, Henderson and Rua engaged in one of the most electrifying clashes in recent history, pummeling each other into exhaustion until Henderson finally emerged the victor.

Photos of the brutal aftermath after the jump.

Without question, UFC 139's main event had everything mixed martial arts fans could ask for from two legends of the sport. Shots of a battered Henderson his blood-drenched shorts serve as testament to the 25-minute brawl that Jonathan Snowden dubbed an "instant classic".

Henderson and Rua went five hard rounds in the Octagon, exchanging a variety of techniques. Both men were hurt at various times during the bout. Both were exhausted to the point it was hugely detrimental to their respective performances. But neither man ever quit.

Shogun took everything Henderson had to offer for three rounds. When Henderson had nothing left to give, Rua did his best to complete an incredible comeback. Shogun had the mount for an eternity in the fifth round. This was the out many fighters would have taken. Henderson could have turned to his stomach like Eddie Alvarez had earlier in the night in a Bellator bout, giving Shogun his neck and bringing the punishment to an end. There's no shame in losing to a quality fighter, but Henderson wasn't prepared to lose.

Dan Henderson isn't built that way. Instead, he battled like a champion. 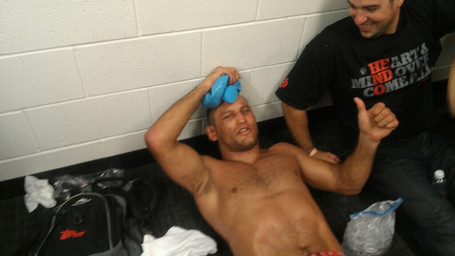 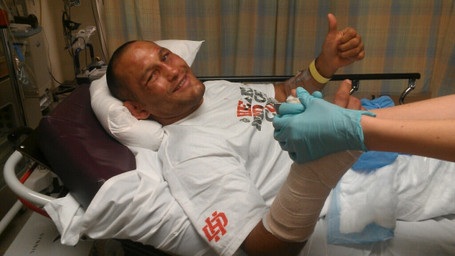 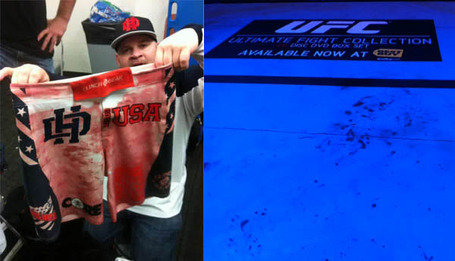