UFC On Fox Open Workouts On The Round-Up

Share All sharing options for: UFC On Fox Open Workouts On The Round-Up

MMA Nation Round-Up provides you with daily coverage of the latest in news, multimedia, and analysis throughout the world of combat sports. Today continue our preview for Saturday night's UFC network debut.

- We'll kick off with a media gallery from Thursday's UFC on Fox open workouts. 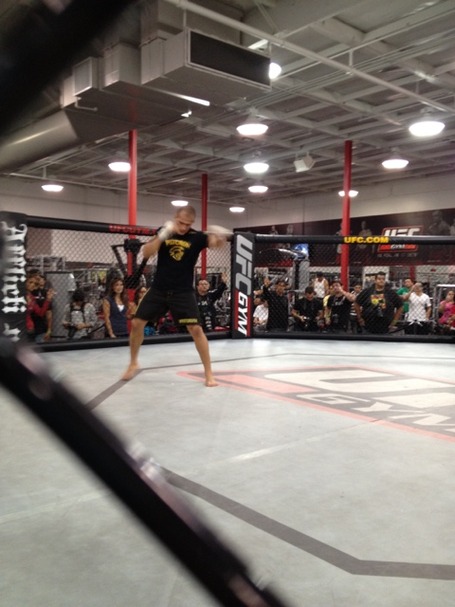 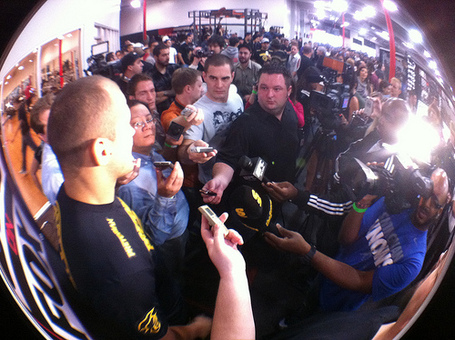 - Even Art Jimmerson was there! 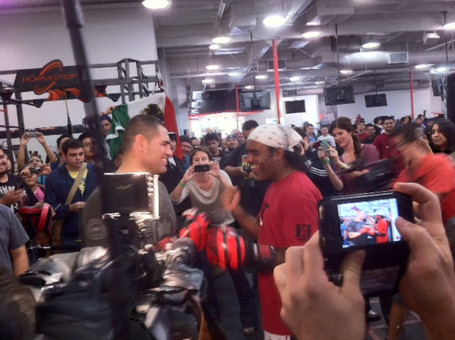 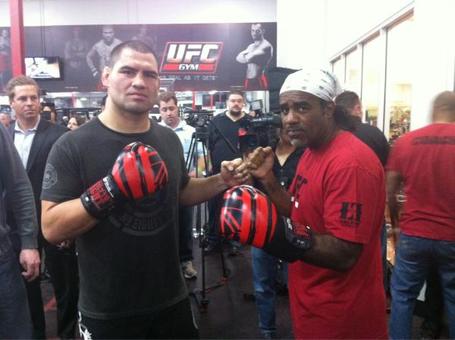 - For the confused, here's Art one-gloving Royce Gracie at UFC 1 as reference. 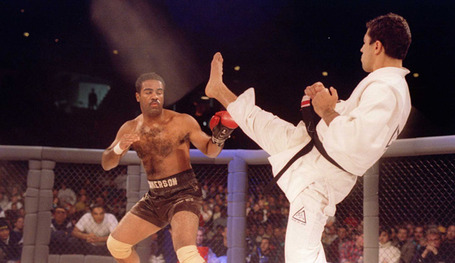 - For a complete gallery from the UFC on Fox open workout, Esther Lin and the MMA Fighting team has the goods.

- Cain Velasquez knows exactly why he's been chosen to represent the UFC in this historic moment. Says the champion, "We're definitely just going to go out there and throw down. That's pretty much it and people are going to love to see that."

- Need to know more about the Facebook undercard? Dallas Winston's gif-laden breakdowns are your safest bet. Check Part 1 and Part 2 for the best analysis in MMA.

- What would Dana White do if something bad happened to Cain Velasquez or Junior dos Santos before the big night. Per the UFC boss: "I'll die."

- If Saturday night is a success, the mixed martial arts community will forever be indebted to the hard work of Dana White and the UFC. MMA Nation's Jonanthan Snowden give his thanks to the man that saved the sport.

- We'll leave you with a slew of UFC pros predicting the big fight. Watch out for Mark Munoz, Tito Ortiz, Fabricio Werdum, and Krzysztof Soszynski.