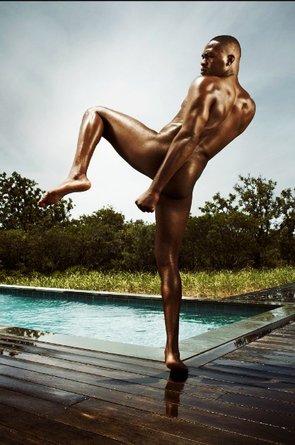 Every year ESPN" The Magazine features a "Body Issue." It's like Sports Illustrated's famous swimsuit issue, but with athletes instead of hot chicks. MMA fighters have become staples of the issue. Randy Couture, Cyborg Santos, and Gina Carano have all taken their turn stripping down. This year it's Jon Jones's turn.

The UFC light heavyweight champion bared it all for the worldwide leader. Is it more than MMA fans want to see? Sound off.

From the original press release:

The issue honors athletes of diverse shapes, sizes, genders and races within the boundaries of taste and frontiers of creativity upon which ESPN The Magazine and ESPN have built their reputations. It is a testament to the work the athletes do, the effort they exert and the price they sometimes pay in reliance on their most important asset – their bodies.

Photo by Jeff Reidel for ESPN.