Nick Diaz was awarded a title shot against Georges St. Pierre after beating B.J. Penn at UFC 137. Jonathan Snowden details what a wild road it's been for the MMA superstar.

It's been a wild ride to UFC title contention for Nick Diaz. The on again-off again fight is on again after Diaz's triumphant UFC return against B.J. Penn this weekend. Let's follow the Strikeforce champion's long and winding road to the top.

January 2010: In the days before his fight with Marius Zaromskis on Showtime, Diaz tells AOL Fanhouse's Ariel Helwani that he thinks he could beat the UFC's best:

"Right now, I'd like to fight both GSP and Anderson Silva because I think I could beat them," Diaz declared. "But they [UFC] won't ever let that happen."

February 2010: UFC President Dana White explains to MMA Weekly that Diaz will have to learn to play the game before he can expect a spot at the UFC's highest levels:

"Listen, you have certain rules and guidelines, and last time Nick Diaz was in the UFC he got in a fist fight in the hospital with the guy that he fought here," he said, referring to Diaz's fight against Joe Riggs in 2006. "You can’t do that kind of stuff. The kid is very talented and he probably should be in the UFC, but that kind of stuff has got to stop."

April 2011: St. Pierre defends his welterweight title against Diaz's teammate Jake Shields. Diaz, to borrow a phrase from GSP, was not impressed with the champ's performance:

May 2011: Diaz's manager Cesar Gracie plays his ultimate trump card. Diaz's Strikeforce contract allows him to pursue boxing and his team announces the MMA star plans to fight former boxing star Jeff Lacy. That the move is a negotiating ploy is made clear when Gracie tells MMA Junkie: "Barring something like Dana White telling us, 'Hey, we really need you to fight GSP at such-and-such a date and it conflicts with [boxing] - barring that, we're going to fight Lacy." 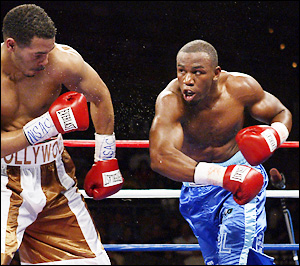 September 6, 2011: Diaz misses a press conference in Toronto to promote the fight. St. Pierre was not amused:

"I'm a little bit mad, because it’s a little bit unfair," GSP said. "I missed days of training to come here....I think it’s not fair. He should do the same thing that I do."

September 7, 2011: Diaz misses another press obligation, this time in Las Vegas. UFC executive Reed Harris waits for hours at the airport for the fighter who never shows. I officially induct Diaz into the Tyson Zone:

Diaz is the only MMA fighter officially in the Tyson Zone. Miss a press conference? Fight an opponent at the hospital after the bout? Flip off the world? Tell reporters that you smoke weed all the time but can beat the test, no problem? Fail a drug screening for marijuana and have the biggest win of your career erased from your permanent record?

I don't fault the UFC for removing Nick Diaz from the main event of UFC 137. Diaz, according to UFC President Dana White, promised he would meet his media obligations set by the UFC. The company bought Diaz three tickets for three separate flights, and Diaz failed to board any of them. Diaz directly cost the promotion money, and at some point you have to say enough is enough.

September 9, 2011: White shocks the MMA world by announcing he's booked a new fight for Diaz. Instead of a title shot against GSP, Diaz will take on UFC legend B.J. Penn. There's a certain symmetry there - Penn was originally scheduled to face Condit.

September 9, 2011: Later that day, Diaz finally makes a public appearance, posting a video to youTube with his side of the story. "Sorry I didn't show up to the beauty pageant."

September 14, 2011: Diaz admits to MMA Junkie that if he'd known what the consequences would be he would have made it to the press events:

October 13, 2011: White tells the assembled media that a Diaz win will earn him a title shot against the GSP-Condit winner.

October 18, 2011: UFC President Dana White announces welterweight champion Georges St. Pierre suffered an undisclosed injury (later revealed to be an MCL injury) and has been removed from the card's main event against Carlos Condit. Penn and Diaz are now the main event.

@danawhite
Dana White I just land in NYC and what do I always say!? I have to deal with bad shit everyday!! GSP is out with an injury!!! #oneofthosedays
Oct 18 via Twitter for iPhoneFavoriteRetweetReply

October 19, 2011: Diaz is late for a media conference call. The UFC takes the blame for not making sure Diaz knew about the call. Diaz seemed confused when he joined the call in progress:

"I didn't even know about a call," he said. "I woke up, my phone was dead and my brother told me that I was supposed to be on the call. I didn't get any notice. I didn't hear anything about it until about fifteen minutes ago.

"When should I have known about this press conference? Somebody should have gave me a call. I don't know who's talking to who. I didn't hear about it. Just like anything, I don't hear about this (expletive) until way late. I'm not sitting here on my thumbs waiting for a call, I'm waiting for training. I'm training hard, harder than these guys and that's why. That's what takes up all my time, training, becoming the best in the world."

October 24, 2011: Diaz's manager Cesar Gracie tells the MMA Hour that he will ask for an immediate title shot if Diaz performs impressively against Penn:

"There's no question about it that I will ask for that if Nick has a tremendous performance and he can finish BJ, I would ask for that. But the biggest thing is if the fans want it. If the fans all ask for that, Dana [White] is a smart guy. He knows the sport is about the fans. So who knows?"

October 29, 2011: Diaz beats Penn in impressive fashion. After the bout he calls out St. Pierre. "I don't think Georges is hurt. I think he's scared," he yelled. "What's up? Where you at Georges?" It was a career defining performance:

For Diaz, it's sweet, sweet vindication. There can be no more whispers that he doesn't belong with the UFC's best. He beat Penn, not just winning on scorecards, but battering him in a way we've rarely seen the great ones manhandled. When he challenged Georges St. Pierre, suddenly it seemed like more than just vanity. Look closely and you'll see a glimmer of doubt in St. Pierre's eye when the camera cuts to him cageside. Nick Diaz will do that to a man.

October 29, 2011: White says St. Pierre is furious at Diaz calling him "the most disrespectful person I've ever met." The UFC President books the two men for the main event of the UFC's show next year on Super Bowl weekend. A somber Diaz says he got the shot only because people want to see him lose.