Today the UFC and DK books release the UFC Encyclopedia. Does Thomas Gerbasi's book deliver? The MMA Encyclopedia author Jonathan Snowden checks in with a review.

Disclaimer: I'm the author of The MMA Encyclopedia.

I'm often asked to name my favorite MMA writers. After listing the usual suspects (Dave Meltzer, Ben Fowlkes, Josh Gross) I always make sure to include a name many aren't familiar with: Thomas Gerbasi. As the UFC's editorial director, it would be easy to dismiss Gerbasi's near constant stream of articles for UFC.com as mere marketing. That's a huge mistake. In fact, Gerbasi's athlete profiles are among the best in the business. He gets to the heart of a fighter's world like few others.

That's why I was so excited to learn he had gotten the gig as the writer for the UFC Encyclopedia - I knew the reader would be in good hands. It went without question that the team at Dorling Kindersley books would create something beautiful to look at. Their collection of Encyclopedias, Visual Chronicles, and illustrated histories, never fail to delight. Gerbasi's presence meant there was a good chance the text next to all those pretty pictures would be worth reading as well.

The book, as expected, looks great. It's broken down into two sections, one featuring fighter profiles and another chronicling every UFC event from UFC 1 all the way through UFC 130 earlier this year. In between, the author looks at stray topics like Octagon Girls, announcers, and lists the top 25 submissions, fights, and knockouts in the promotion's history. The groundbreaking statisticians at FightMetric also get a say, listing things like most career UFC wins, most strikes landed, and assorted other trivia game fodder.

The fighter profiles are a mixed bag. Some, the ones featuring major stars like Anderson Silva and Royce Gracie, are fairly complete looks at the fighter in question. They run up to four pages and include great photographs, quotes from the fighters, and a comprehensive look back at the fighter's career. 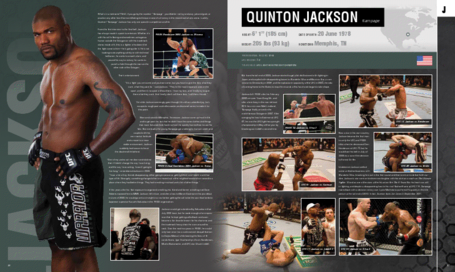 Other entries are less complete. If you're Kimbo Slice, the biggest television draw in UFC history, you get four sentences instead of four pages. Some fighters get just two sentences to capsulize their careers. Others get no mention at all. This is a necessity of course. I found out in my own Encyclopedia that space was at a premium. Hard choices had to be made, and Gerbasi includes all of the most pertinent and exciting fighters in the sport's history.

Most controversial are entries on Ken Shamrock and Frank Shamrock. While Gerbasi is fair, you'd never get the idea that the brothers were arguably the sport's biggest star and greatest champion respectively. Both get just half a page, the same space dedicated to fighters like Nate Marquardt. In a book that gives a minor champion like Carlos Newton a full page, this seems like an oversight.

The heart of the book are the summaries of each UFC event. They are all here, from the pay-per-view extravaganzas to the television cards. In addition to event posters and action photography, the result of every UFC fight in history is listed. For events that took place before the UFC started giving out submission, knockout and fight of the night awards, Gerbasi has created unofficial winners. It's a nice package, one I could see myself referring to often to relive memories and prepare for my own articles.

While I have no problem with what is in the book, I do take issue with some notable absences. The complete disappearance of Semaphore Entertainment Group from the company's history is a concern. You'd really have no idea at all that the company operated for more than seven years, with mixed success, before Zuffa and Dana White took the helm. Men like Bob Meyrowitz, Rorion Gracie, Art Davie, and David Isaacs built this sport from nothing. These men created mixed martial arts. It would be like a basketball encyclopedia failing to mention Dr. James Naismith.

Others also received almost no credit or attention. "Big" John McCarthy and Jeff Blatnick did more than anyone to codify the rules of combat. Both gave blood, sweat, and tears to see this sport legalized in most of the 50 states. Both receive just a blip in this book. UFC matchmaker Joe Silva, one of the most important architects of the Zuffa era is also left without an entry.

Despite these few flaws, this is a must buy book. Gerbasi tells the UFC story well and the book is chock full of dynamic design and stunning photography. The complete coverage of every UFC event is worth the price of admission alone. And while the $50 price tag makes the book almost as expensive as a ticket to a UFC event, early bird buyers can purchase the book right now at Amazon for just $29.76. 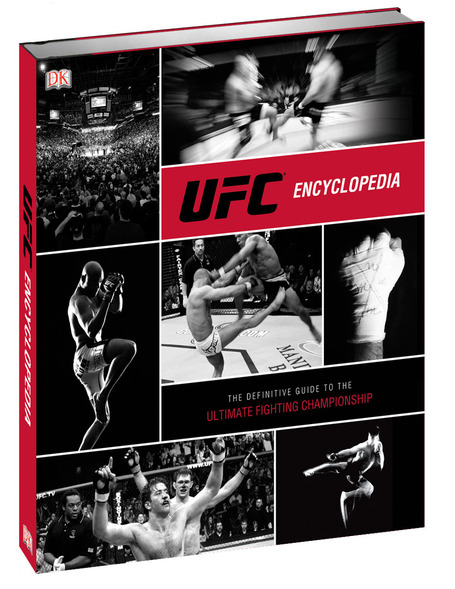 The sport's early history is sometimes ignored in favor of modern material.

A must buy. Should be on every UFC fan's bookshelf.