The Curse Of The Arizona State Commission Whistle

Share All sharing options for: The Curse Of The Arizona State Commission Whistle 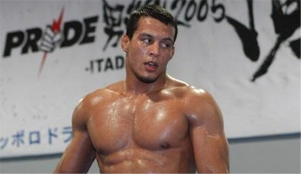 Instead of the usual wood clap to signify ten seconds remaining in a round, the ASBC uses a whistle. It's a peculiarity wholly unique to the commission, and one that left many fighters disengaging under the belief the round had ended -- including light heavyweight champion Vinny Magalhaes, who twice turned his back on his opponent with time left on the clock.

"I've never heard that," Magalhaes explained to MMA Nation after the bout. "Usually it's the clap, like okay that's ten seconds. But whistles like that end the round, and I just walked away twice. That was pretty bad. "

Magalhaes was not alone. Several other fighters experienced the same confusion throughout the night, including M-1 Interim Heavyweight Champion Kenny Garner, who at one point almost fell into an armlock after walking away from the whistle.

"Everybody does. It's not normal," Magalhaes said in exasperation. "Anywhere I've fought, North Carolina, Ohio, California, Nevada, it's almost like a clap, not like a whistle. So I was just walking away. Luckily he didn't kick me in the head when I was walking away."

The whistle is a bizarre choice, that much is true. After witnessing the obvious confusion it was causing, the ASBC should reevaluate their decision to fix an aspect of the sport that isn't remotely broken.

"It's not a very good commission in Arizona," concluded an individual who requested anonymity. "I can tell you that."