Jon Jones and Rashad Evans are building one of the great grudge matches in UFC history. Jonathan Snowden looks at five other sizzling showdowns where bad blood led to good fights.

Jon Jones and Rashad Evans are building what looks like it might be an all-time great feud. The two have all the ingredients necessary to create a fight fans will remember forever: personal animus, superlative skills in the cage, and the gift of gab to paint a picture. While we wait for the two to finally make it into the Octagon, let's look back chronologically at the five greatest grudge matches in UFC history. 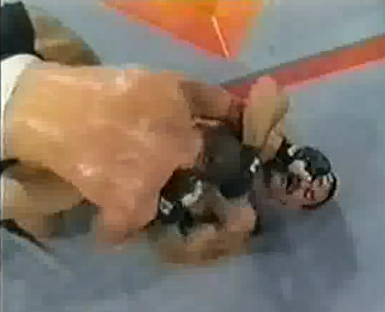 The most heated fight in the early history of the UFC came at the promotion's tenth event in Birmingham, Alabama. Mark Coleman didn't really know Don Frye - but Coleman's manager Richard Hamilton certainly did. Hamilton had been Frye's manager as well and some believe that after the two parted ways, Hamilton recruited Coleman to the sport specifically to dismantle the undefeated Frye. He certainly did that. With Hamilton screaming "Kill him! Kill him!" from the corner, Coleman literally broke Frye's face with headbutts, elbows, and punches.

Money Quote: "The stuff Hamilton was telling me made me want to go in there and hurt Don." - Mark Coleman. 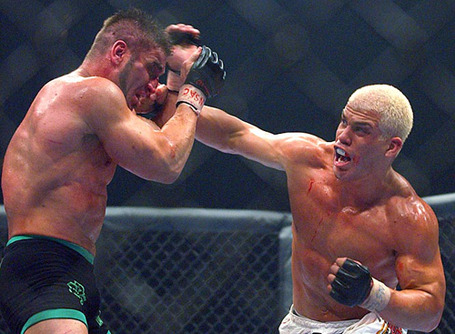 Tito Ortiz's fight with Ken Shamrock was a long time coming. The two had almost come to blows after Ortiz beat Ken's student Guy Mezger at UFC 19. When they finally met in the cage at UFC 40 three years later, the intensity was still there. Shamrock was returning to the UFC to help legitimize a new generation of fighters. Some still believed he could compete with young guns like Ortiz - those people soon learned a hard lesson. Ortiz battered the brave Shamrock for three rounds before the 38 year old's corner threw in the towel. A new star was born that night and Ortiz became the UFC's most potent box office weapon.

Money Quote: "If I was you, I hope to God you come ready, 'cause if you don't, I'm going to beat you into a living death." - Ken Shamrock. 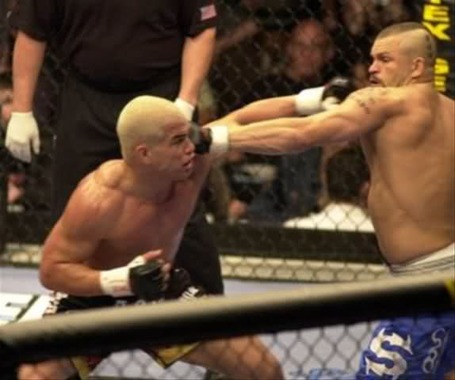 Ortiz and Liddell, both managed at one time by UFC President Dana White, had been tight. Not best friends, but more than just acquaintances.  Liddell didn't think that should stop them from fighting. Ortiz had other thoughts. A  bout between the two was delayed for more than a year. Liddell accused Ortiz of ducking him. Ortiz scoffed at the idea - he was actually in the midst of a contract dispute.

It didn't matter which side you took - by the time the fight finally rolled around in April, 2004 if you were a UFC fan you had an opinion. Liddell, it turned out, could back up his tough talk. After an eye gouge, a one-two combination to the chin floored the Huntington Beach Bad Boy. Ortiz may have won the war of words, but Liddell spoke loudest in the Octagon.

Money Quote: "He'll never fight me. The guy is a coward. He's not a real fighter." - Chuck Liddell. 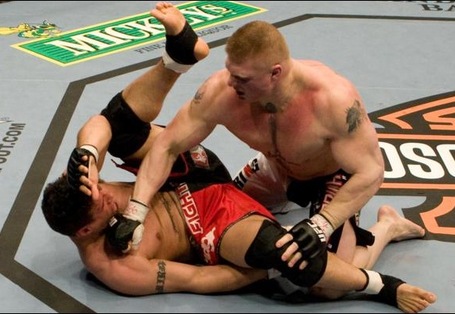 Brock Lesnar was still seething a year and a half after his loss to Frank Mir. Lesnar had fallen victim to a kneebar in his first UFC fight, caught dead to rights by a savvy veteran. That hurt, especially since Lesnar had been dominating the fight to that point. What hurt worse was Mir's continuing verbal assault. Mir was one up on Lesnar - and let everybody know it. When they met for the second time, Lesnar was out for blood. He physically manhandled Mir, outwrestled him, and after it was all over he let spittle fly, getting in Mir's face and letting him know how he felt. It was an epic moment - and a fitting capper for the UFC's biggest event of all time.

Money Quote: "Frank Mir had a horseshoe up his ass. I told him that a year ago. I pulled it out of him and beat him over the head with it. [Now] I'm going to drink a Coors Light. That's right a Coors. Bud Light don't pay me nothing. I may even get on top of my wife tonight." - Brock Lesnar. 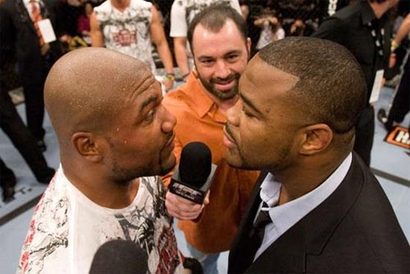 Rashad Evans and Quinton Jackson took what could have been a standard fight after a season coaching The Ultimate Fighter and turned it into something special. The two just didn't like each other. Combine that instant dischord with a pair of great trash talkers and suddenly reality television seems important again. It was a television blockbuster, setting record ratings and amping up the fanbase for their eventual battle in the Octagon. The fight between the two men was more strategic than many had hoped, with Evans controlling Jackson with his superior wrestling. But more than a million people bought it on pay per view making the end result a commercial, if not artistic, success.